The passage from the stage of two dimensions (the sheets of suspended material), to three dimensions (the finished object), is the means chosen by Stefan Diez in order to evoke a fourth dimension: that of time. 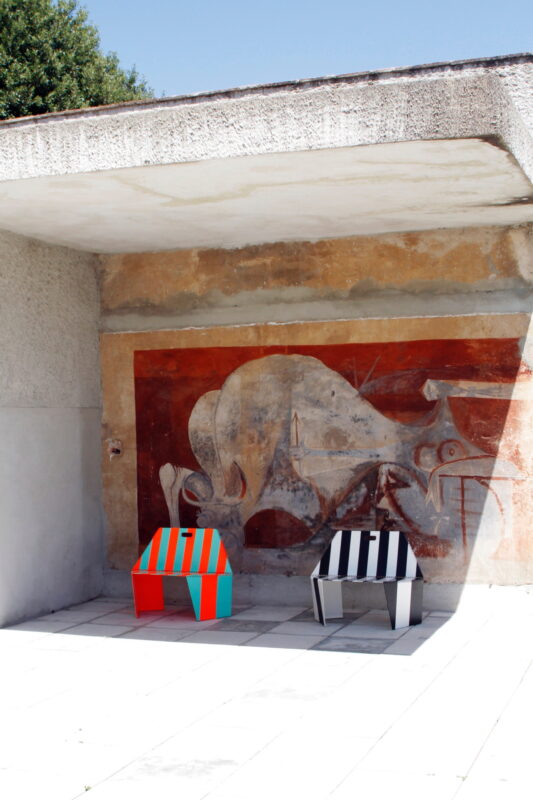 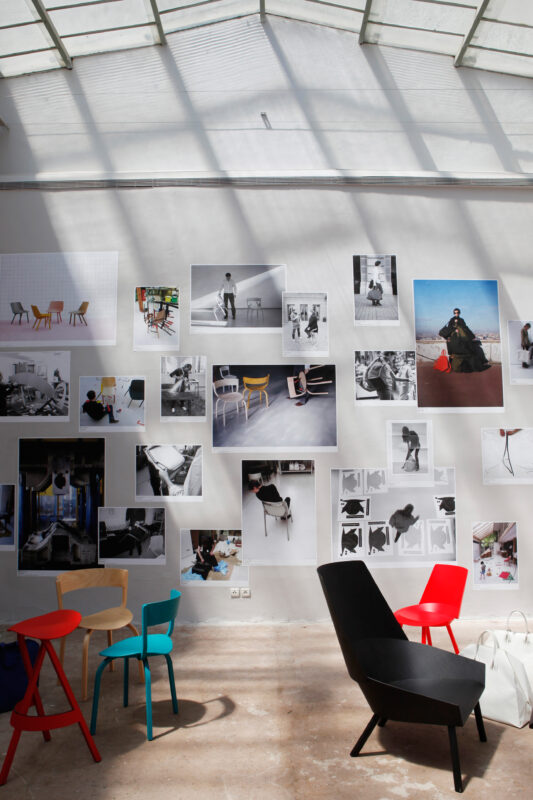 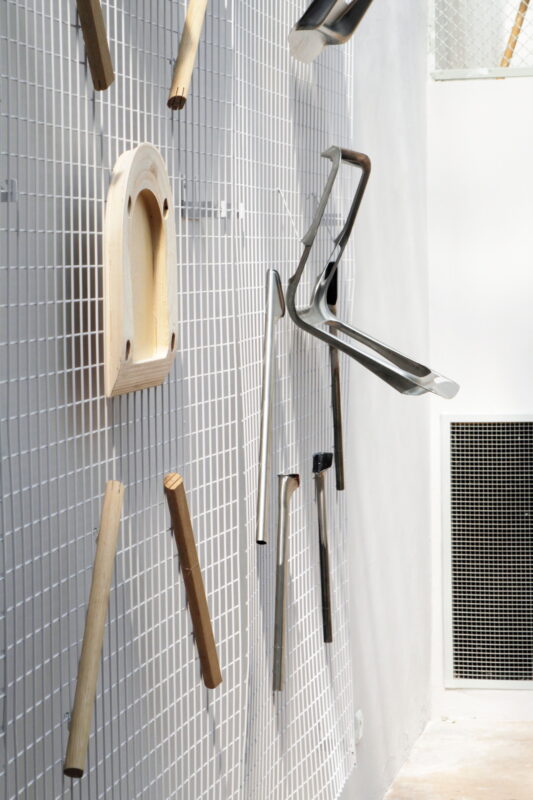 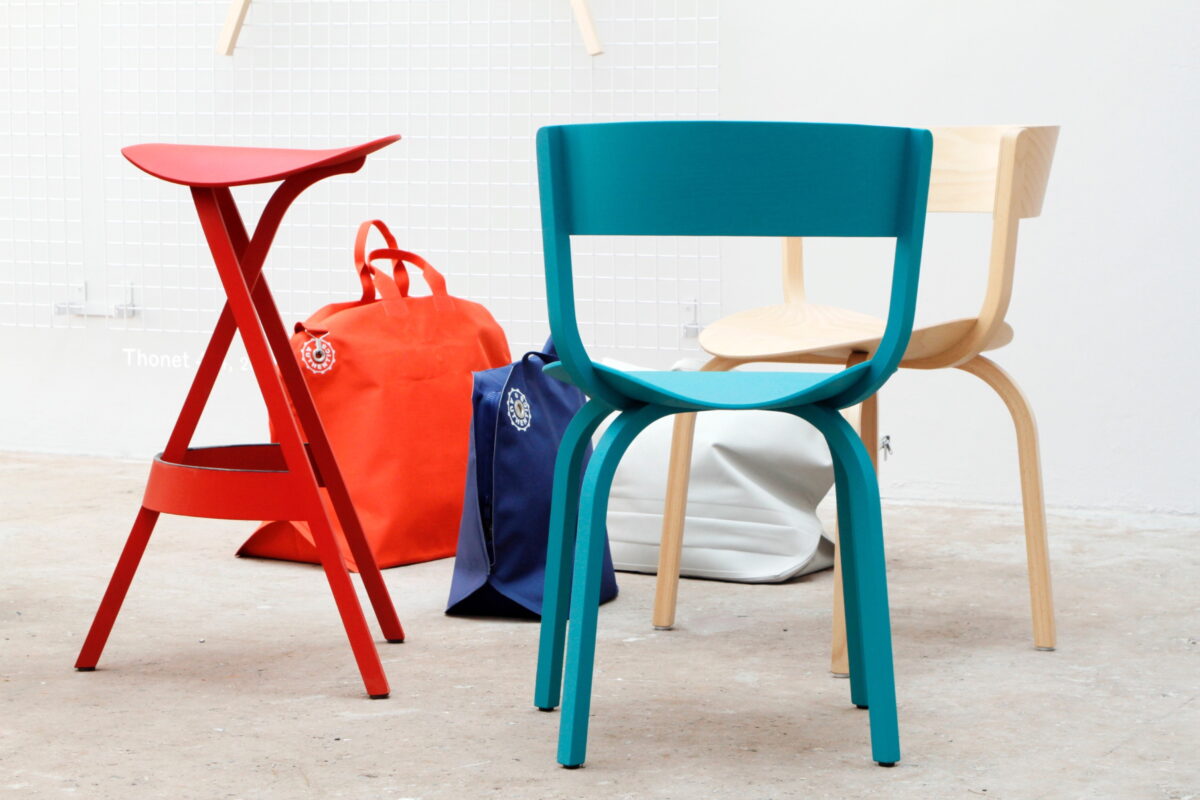 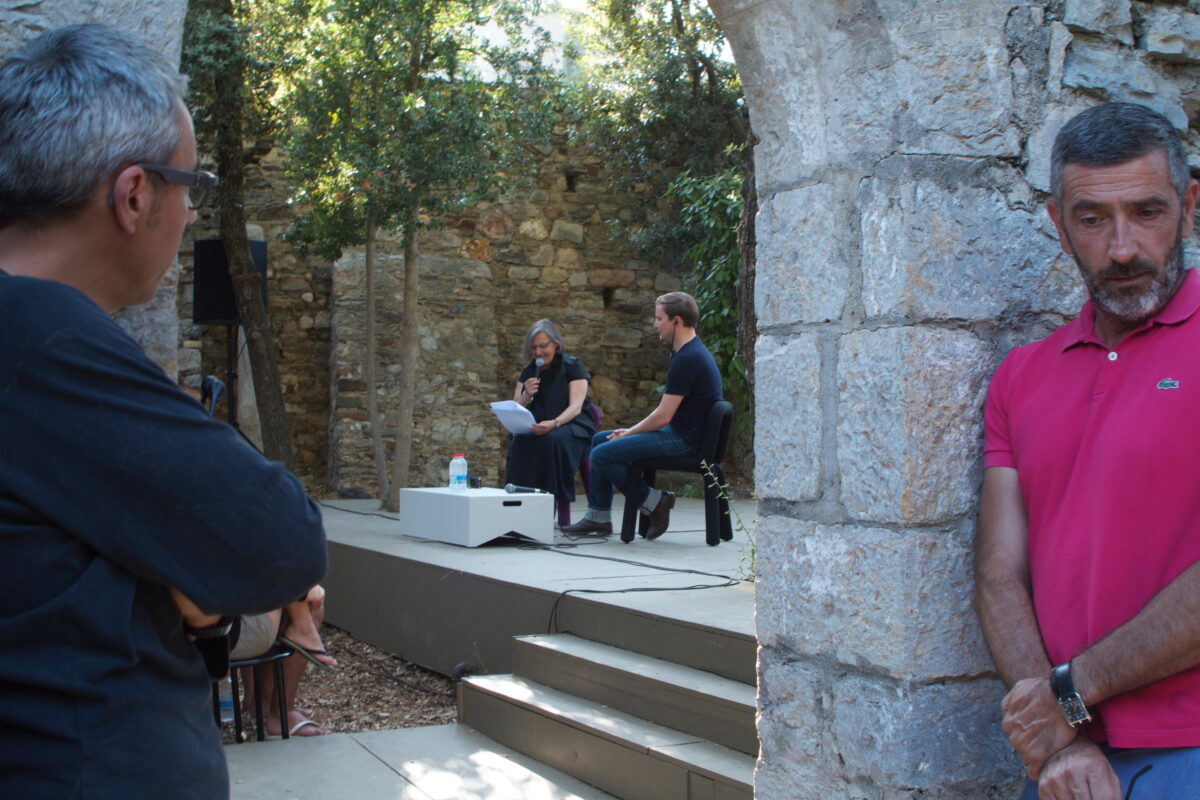 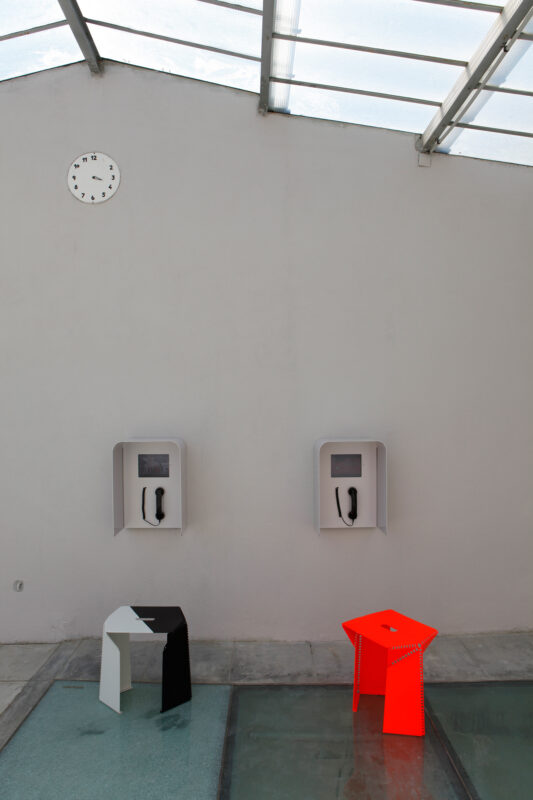 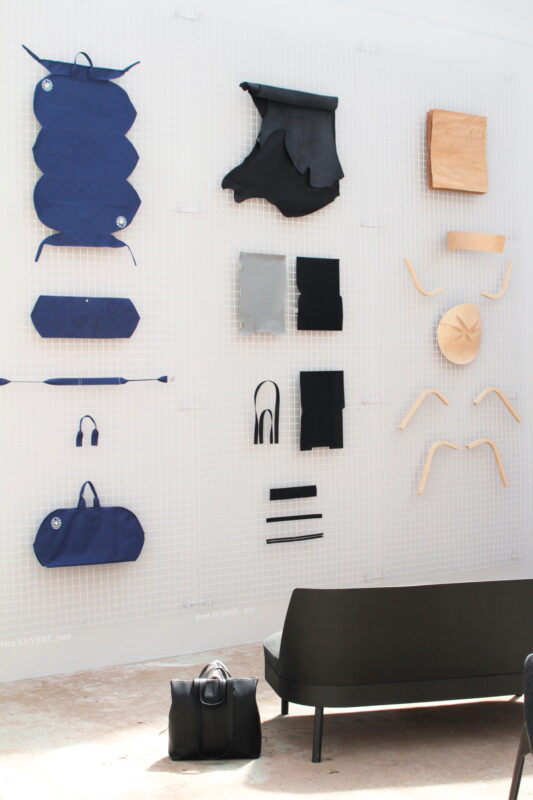 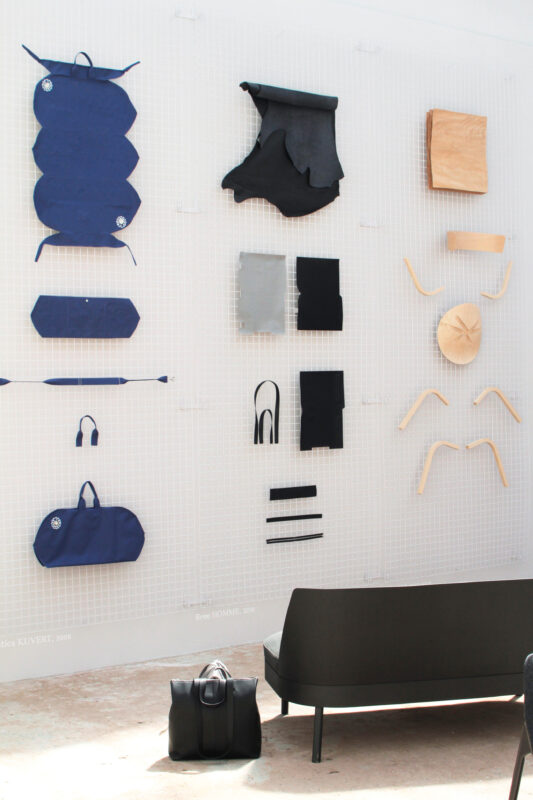 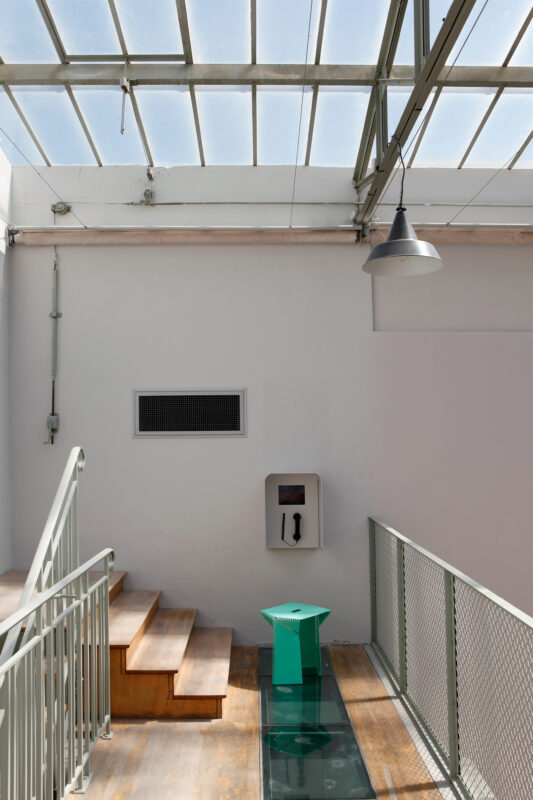 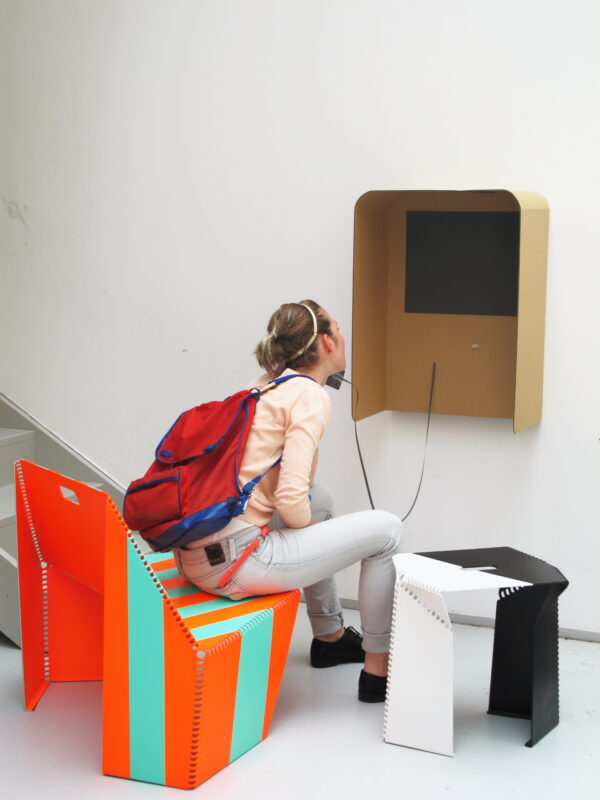 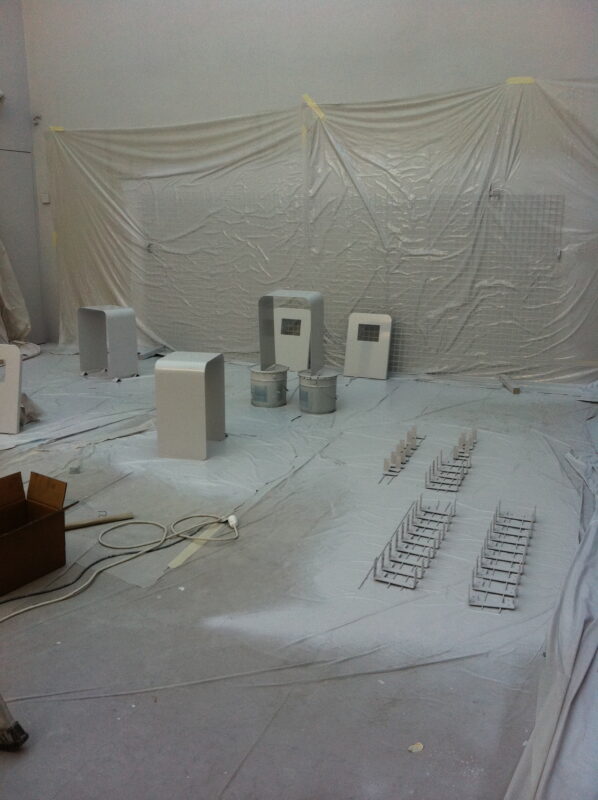 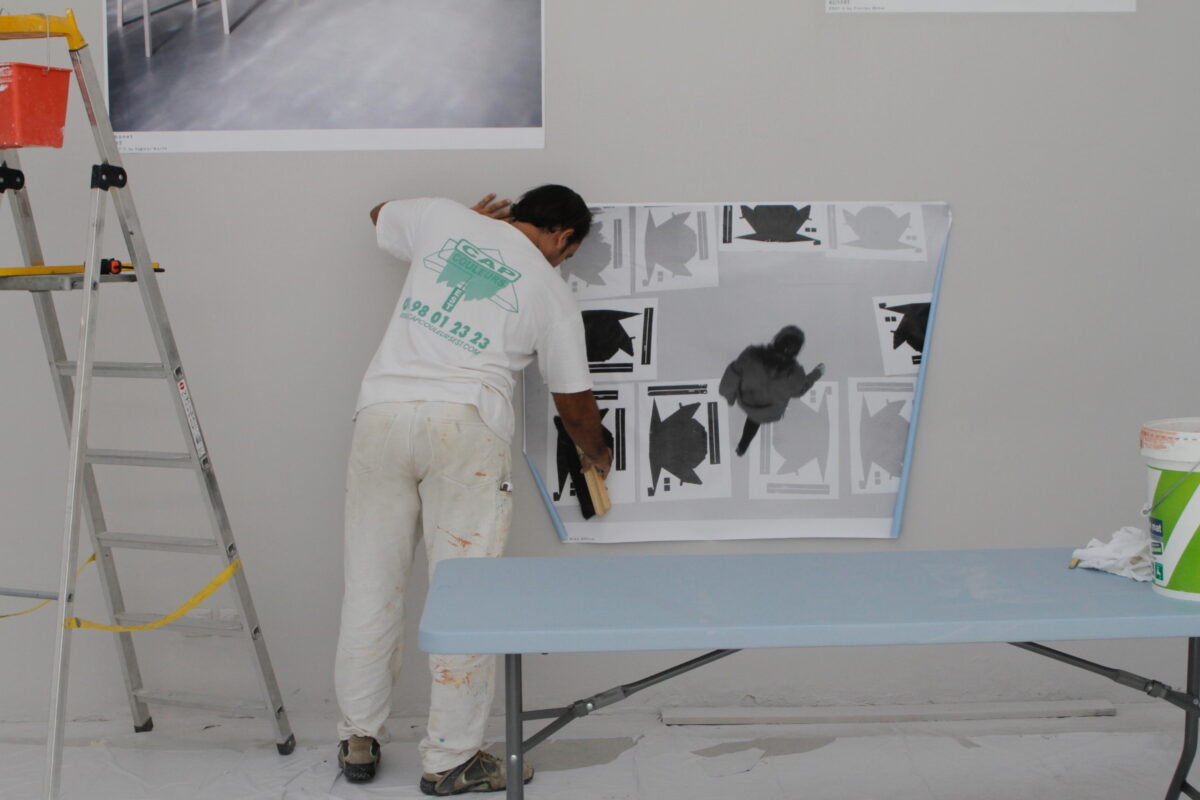 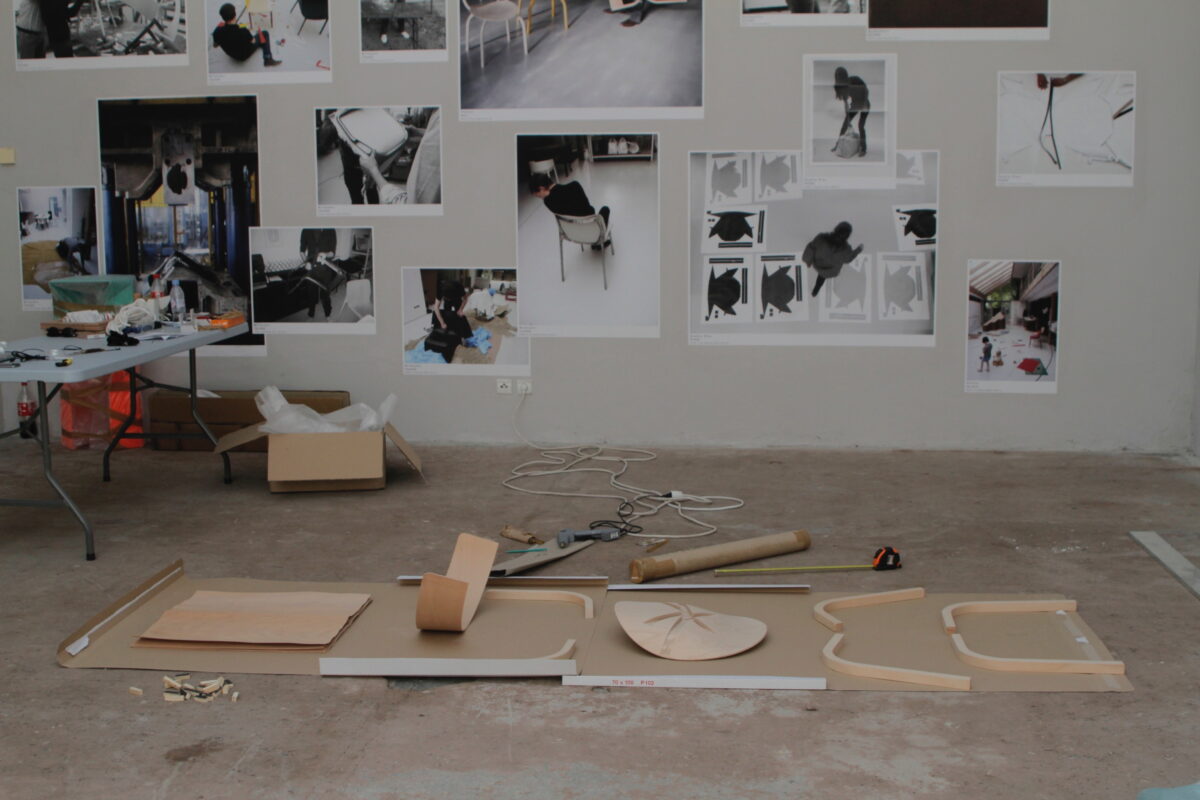 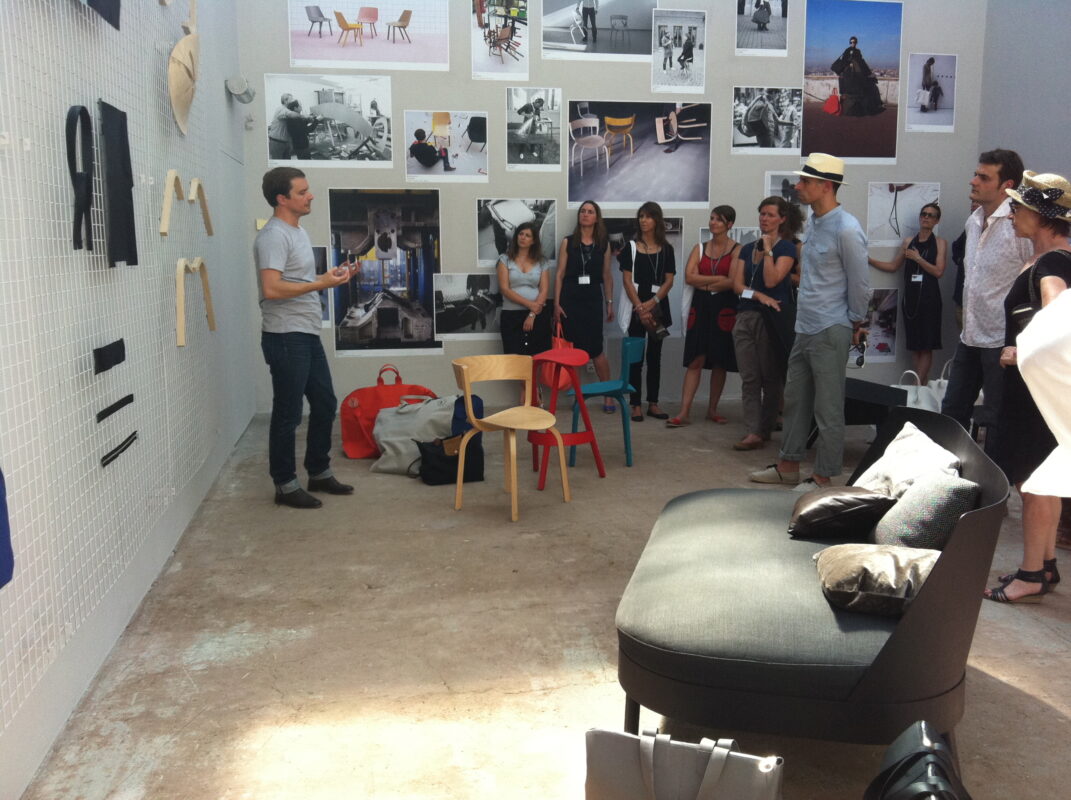 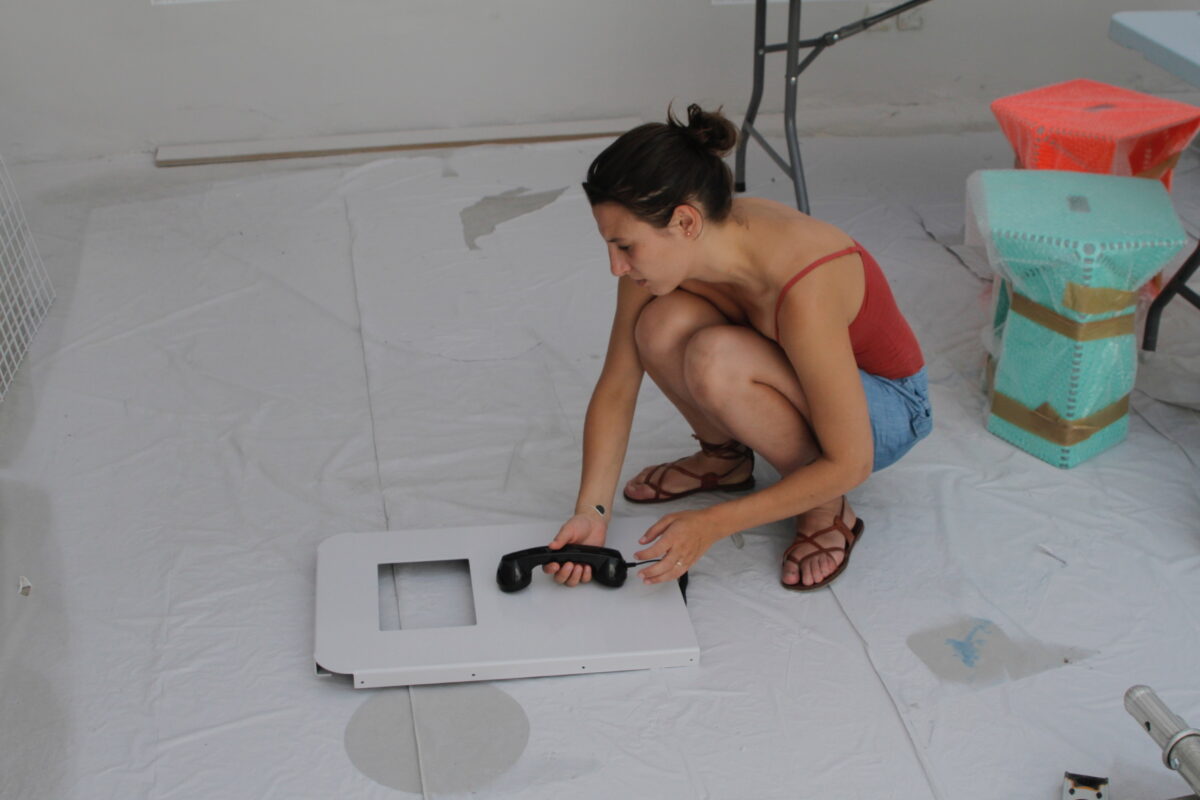 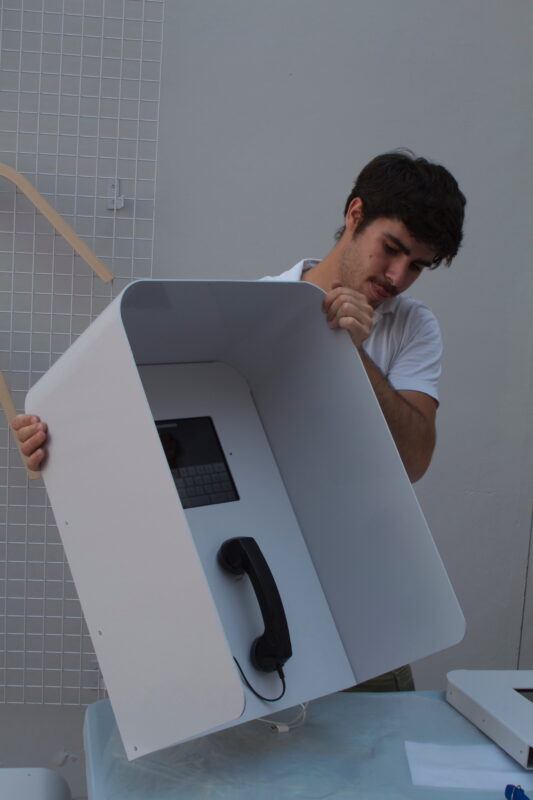 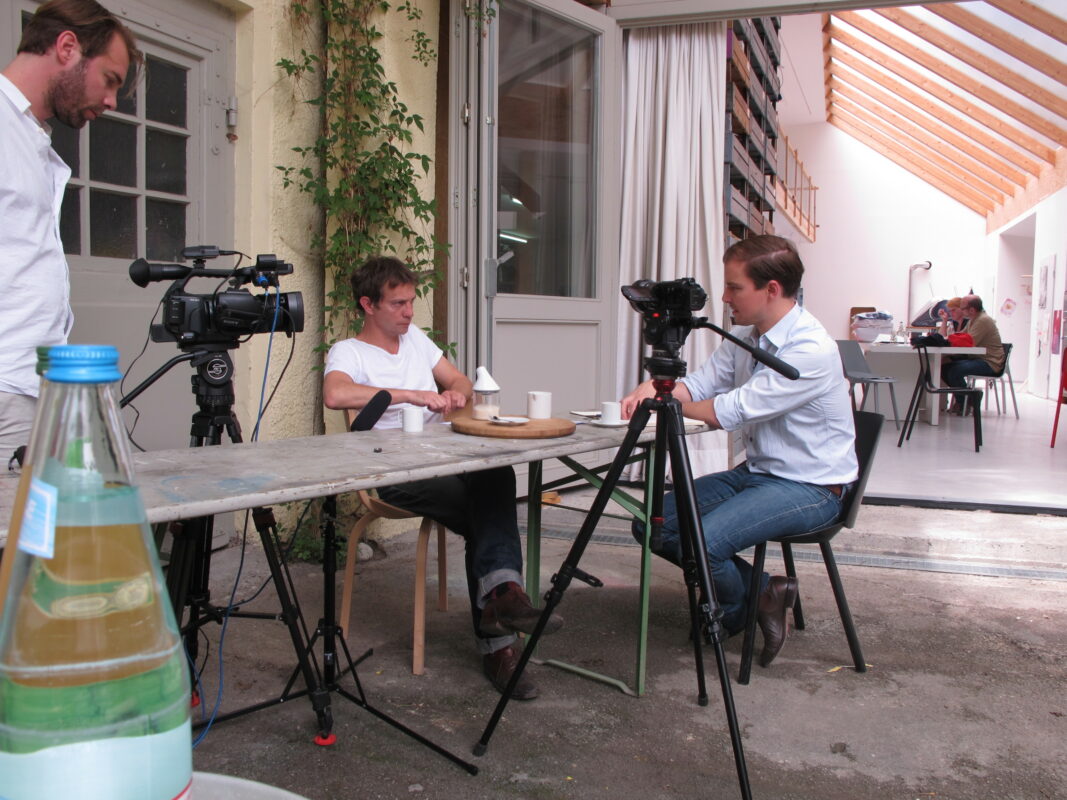 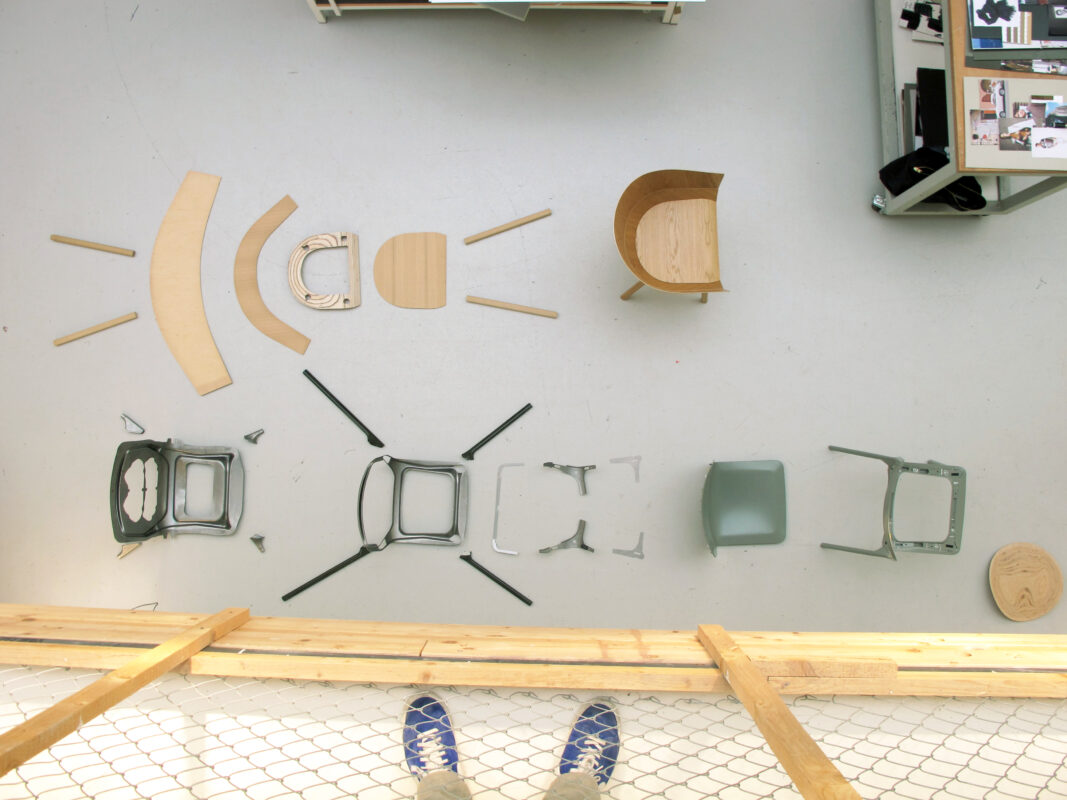 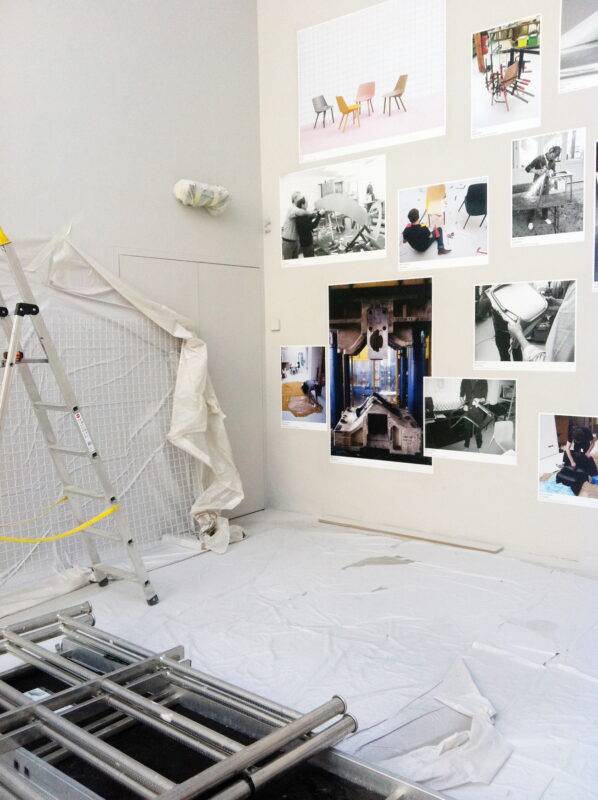 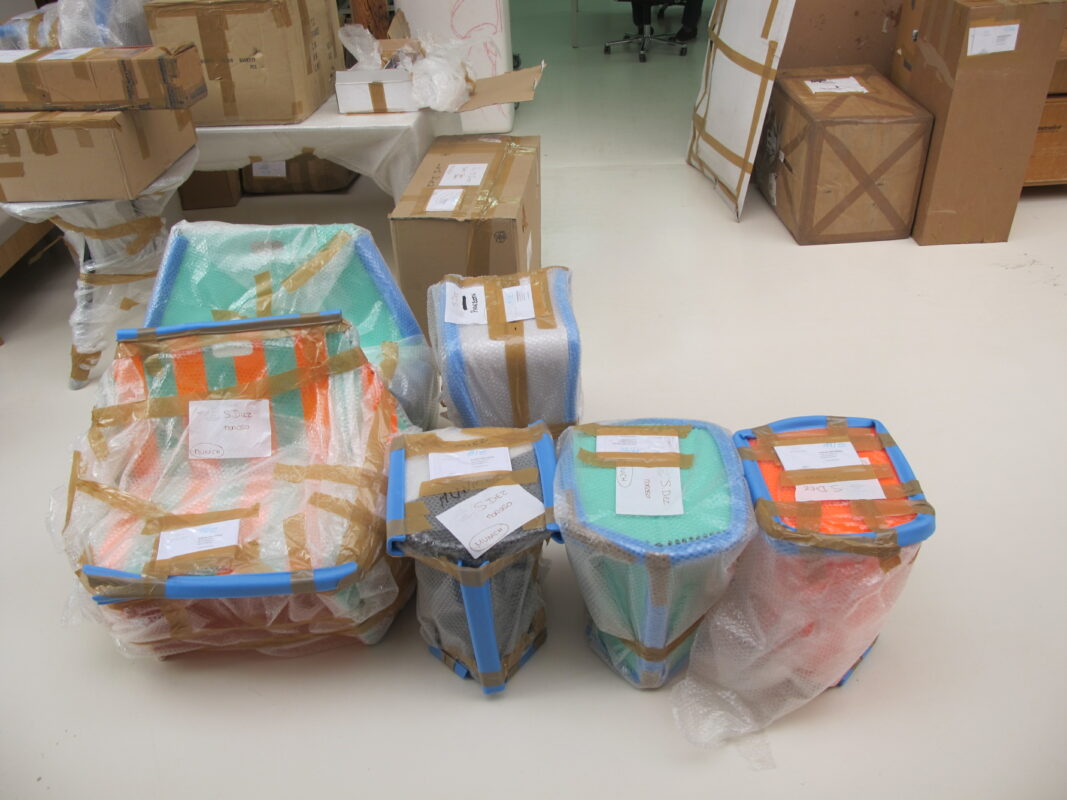 In 2011 Stefan Diez was invited to be president of the young designers competition and to put on an exhibition on his work at DESIGN PARADE, which took place in the ancient squash court of the Villa Noailles in Hyères. Since Design Parade is, in a sense, seen as the little sister event to the more established Festival International de Mode et de Photographie, the idea was to bring together a selection of objects from the distinct worlds of design and fashion. The choice was made to show three chairs and three bags all, at that time, produced by different manufacturers. Later on, it was noted that all six products were manufactured from flat materials, whether from steel sheeting, Tyvek® rolls, leather, fabric, or laminated wood. The installation of the objects on the wall appears like the way an entomologist would have pinned his insects. The exhibition was not about showing the process of making design products, but rather, about providing a vision of how things might be produced given certain means of manufacturing. The exhibition showed the importance of how a company—and its history, traditions, facilities, and the people working there—influence and determine the language of the final product itself.